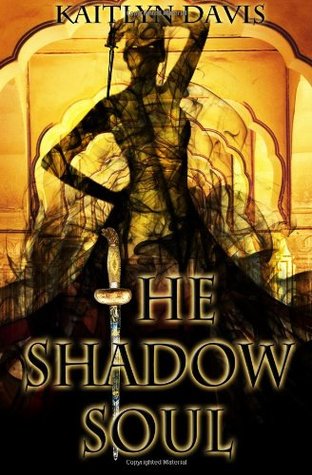 When Jinji's home is destroyed, she is left with nowhere to run and no one to run to--until she meets Rhen, a prince chasing rumors that foreign enemies have landed on his shores. Masquerading as a boy, Jinji joins Rhen with vengeance in her heart. But traveling together doesn't mean trusting one another, and both are keeping a deep secret--magic. Jinji can weave the elements to create master illusions and Rhen can pull burning flames into his flesh.
But while they struggle to hide the truth, a shadow lurks in the night. An ancient evil has reawakened, and unbeknownst to them, these two unlikely companions hold the key to its defeat. Because their meeting was not coincidence--it was fate. And their story has played out before, in a long forgotten time, an age of myth that is about to be reborn...

I had to review The Golden Cage for a tour, which is a prequel to this book.  As soon as I was done reading The Golden Cage, I immediately downloaded this book, because I had to know what was going to happen.  Dang it, now I have to wait for the next book also :).  I mean that in a good way.  I really have enjoyed this series so far.

Jinji has lost everything and is pretending to be a boy.  Not just any boy but her twin brother that was killed.   Jinji can make things appear to be different than they really are.  The true illusionist.  It is quite a journey.

Rhen is a mischievous prince, who is trying to prove to his father that he can be an asset to the kingdom, even though Rhen isn't sure that is what he really wants.  He runs into Jinji and they become fast friends.

I could tell that their friendship was going to be fantastic from the minute they met.  They both seem like lost souls that have finally found common ground.  Jinji discovers that there is more to the prince than meets the eye.   She helps him see that his connection to fire is not a bad thing.

While Jinji is befriending Rhen she tells him about a "shadow" that she is following, that is killing people without any one knowing.  Rhen doesn't believe there is a "shadow" killing people until he sees it first hand.

I don't really know how to sum this up, other than it was just a fun story to read.  It kept me wanting more.  Sometimes the world building and descriptions got to be a bit wordy, but in the end it turned out okay.  When it got too wordy I just skimmed over it to get to the more interesting stuff :).

I love the fact that we see what happens to some of the characters from the prequel in this book.  It is going to be a fantastic series.  I am really looking forward to the rest.  I love stories about magic.  There is something so fascinating about them.  This was an exciting book.  Jinji and Rhen's journey is hard, and sometimes really sad, but they find each other and learn what true friendship is really about........until the end.  Ugh, this is when I get very impatient about not having the whole series right at my fingertips :).

Source:  I bought this book for myself off Amazon.  I am not affiliated with Amazon in any way.   I was not compensated in any way for this review.  These are my own PERSONAL thoughts on the book 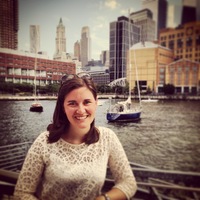 Kaitlyn Davis is the bestselling author of the Midnight Fire series, a young adult paranormal romance, and the A Dance of Dragons series, a young adult epic fantasy.
Kaitlyn graduated Phi Beta Kappa from Johns Hopkins University with a B.A. in Writing Seminars. She's been writing ever since she picked up her first crayon and is overjoyed to finally share her work with the world. She currently lives in New York City and dreams of having a puppy of her own.
To stay up-to-date with all of Kaitlyn's new releases, sign up for her publication day newsletter here:TinyLetter.com/KaitlynDavisBooks