REVIEW FOR - WHAT WE SAW - BY AARON HARTZLER 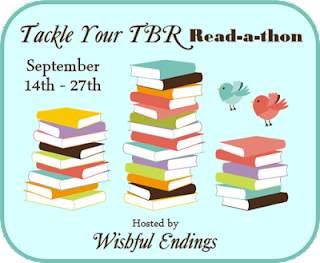 Kate Weston can piece together most of the bash at John Doone’s house: shots with Stacey Stallard, Ben Cody taking her keys and getting her home early—the feeling that maybe he’s becoming more than just the guy she’s known since they were kids.But when a picture of Stacey passed out over Deacon Mills’s shoulder appears online the next morning, Kate suspects she doesn’t have all the details. When Stacey levels charges against four of Kate’s classmates, the whole town erupts into controversy. Facts that can’t be ignored begin to surface, and every answer Kate finds leads back to the same question: Where was Ben when a terrible crime was committed?This story—inspired by real events—from debut novelist Aaron Hartzler takes an unflinching look at silence as a form of complicity. It’s a book about the high stakes of speaking up, and the razor thin line between guilt and innocence that so often gets blurred, one hundred and forty characters at a time.

There are so many thoughts going through my head right now about this book.  I don't quite know how I feel about it yet.  I thought I would wait to review to see if I could put my thoughts together, but then I realized my thoughts are never together so it wouldn't matter :).

Kate and her friends go to a party at Doone's house, but Kate got so trashed that her life long friend Ben drove her home and put her in bed.  When  she wakes up she cannot even remember how she got home.  When her friend tells her that Ben took her home, she decides to go and thank him personally.

Ben and Kate are childhood friends, who grew apart as they got older.  While Kate is walking to Ben's house to thank him personally for taking care of her she realizes that she wants there to be more than just friends with Ben.  They spend an unforgettable day together and a little spark begins to flare.

Kate sees some pictures from the party with her and a "use to be" friend Stacey.  Kate didn't even remember Stacey being at the party and in the picture they were both drunk as skunks.  As Kate hears stories about the "epic" party she finds out that more happened at the party, than she thought.

While Ben and Kate are getting closer in the background Kate cannot let what happened at the party go, and has decided Stacey needs someone to stick up for her.  When she reaches out to Stacey, Stacey doesn't want anything to do with her.  Stacey thinks that Kate is part of what happened.

When some of the boys from the party are arrested, the whole town starts talking about what happened and everyone is on the side of the boys.  This is one of the reasons why I could never live in a small town.  Every one knows every thing about every one, and when you go against the grain you are an outcast.  Standing for whats right in this book means standing alone.  No one wants to be alone.

This story broke my heart.  It kind of blew my mind, but only because I cannot believe how things played out.  I don't know why people think it's okay to judge another person just because it doesn't go with what the "masses" think.  Where standing up for yourself can make you an outcast.  What kind of people do that?

This tore at my heart as a mother.  You will have to read to find out why.  It's probably every mothers night mare.  I could go on and on, but I cannot really without telling you the whole story :).

Even though the topic and what happens in this book is hard to read, it was such a good book.  I love reading about people who are willing to stand up for what is right even if it means being alone.

This book touches on a rough subject, but it is so well done in my opinion.  I loved Kate.  She has to learn some hard life lessons way too young, but through it all she stays true to who she is.

Source:  I bought this book for myself.  I was not compensated in any way for this review.  These are my own PERSONAL thoughts on the book. 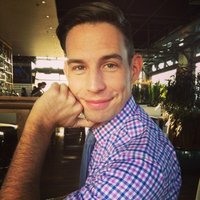 Aaron Hartzler is the author of Rapture Practice (Little, Brown), a memoir about getting kicked out of his Christian high school two weeks before graduation. The New York Times called Rapture Practice "effervescent and moving, evocative and tender." It was also named one of Kirkus Reviews and Amazon's Best Books of 2013, and was a finalist for the Lambda Literary Award. His next book, a novel called What We Saw, will be published by HarperTeen on September 22, 2015. It's the story of a girl named Kate whose friend is assaulted by student athletes at a party, and how Kate navigates small town politics to find out what really happened. Aaron lives by the beach in Santa Monica with his two dogs, Charlie and Brahms. You can find him on Twitter and Facebook.