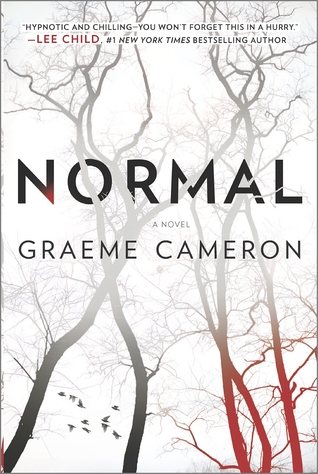 "The truth is I hurt people. It's what I do. It's all I do. It's all I've ever done." He lives in your community, in a nice house with a well-tended garden. He shops in your grocery store, bumping shoulders with you and apologizing with a smile. He drives beside you on the highway, politely waving you into the lane ahead of him. What you don't know is that he has an elaborate cage built into a secret basement under his garage. And the food that he's carefully shopping for is to feed a young woman he's holding there against her will—one in a string of many, unaware of the fate that awaits her. This is how it's been for a long time. It's normal... and it works. Perfectly. Then he meets the checkout girl from the 24-hour grocery. And now the plan, the hunts, the room... the others. He doesn't need any of them anymore. He needs only her. But just as he decides to go straight, the police start to close in. He might be able to cover his tracks, except for one small problem—he still has someone trapped in his garage. Discovering his humanity couldn't have come at a worse time.

This book was a total mind trip.  This book kind of reminded me of the show Dexter.  Seemingly a normal guy, and then in his spare time a serial killer.  Unlike Dexter though I didn't find myself rooting for the killer...I know sounds weird, but this guy....Wow...CREEPY.

I think the creepiest thing about this book is that the MC was just the "nice" guy next door.  Yet leading a double life, and secretly torturing women.

When he finally meets someone that makes him feel different than he ever has, he starts thinking that he may not have to hurt people to survive anymore...

He's a horrible human being.  He does horrible things to women.  It's scary, and my head is still spinning from the book.  I don't even know if I can explain it well enough to do it justice.

It grabbed me from the very start and kept me interested, and creeped out the whole time.  Although the ending drove me a little crazy.  It doesn't tie up into a nice little bow for me.  When a book doesn't end in a way I think is "perfect", I dream about it.  I have to dream up what the author might have wanted me to get from the ending.

I am sure I got something totally different than any one else, but still.  I needed a little bit more at the end.

All in all it was a fantastically, creeptastic book.  Mind twisting....but creeptastic.  The only complaint I have about this book is the language.  The story is fantastic.  The writing is done well.  I could feel how scared his victims were, and sometimes found myself feeling anxious for them.  The author definitely brought a lot of feeling out of me while reading.  This totally would have been a 5 star for me if it weren't for all the language.

Source:  I bought this book for my self.  I was not compensated in any way for this review.  These are my own PERSONAL thoughts on the book

pic and bio taken from www.graeme-cameron.com

Graeme Cameron is the author of almost three short stories, two country songs and literally dozens of angry emails, including such classics as This Doesn't Taste Like Chicken, The Car You Sold Me Is On Fire, and the hilarious and moving Re: Restraining Order (I'm in your house LOL). Graeme lives in Norfolk and has never worked as a police detective, ER doctor, crime reporter or forensic anthropologist.