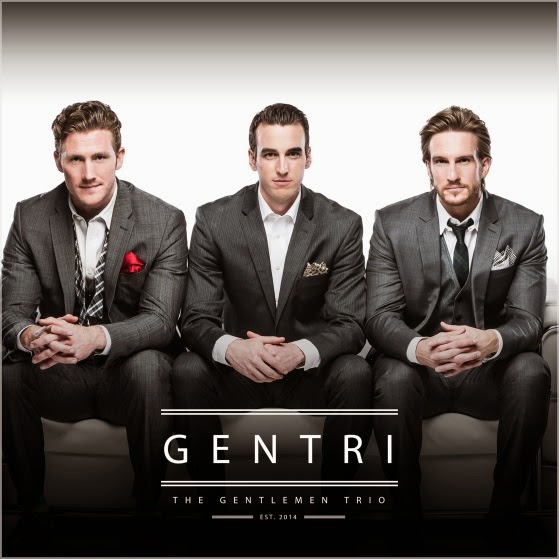 New Group Hits Top 10 on Two Billboard Charts with the Release of First Album
GENTRI’s self-titled, debut album hit No. 5 on Billboard’s Classical Chart and No. 3 on its Classical Crossover Chart.

SALT LAKE CITY (Apr. 8, 2015) – GENTRI, aka The Gentlemen Trio, earned their first spot on the Billboard Charts as their debut, self-titled album hit No. 5 on the Classical Chart and No. 3 on the Classical Crossover Chart. GENTRI also debuted at No. 45 on the Current Contemporary Christian Chart.

The seven-song EP  features five original songs, including their first single, “DARE,” and two covers. Each song features GENTRI’s powerful three-part harmony and is accompanied by a rich, cinematic backing score arranged and produced under the direction of producer Stephen Nelson. The songs range from epic dramatic pieces to tender ballads and focus on inspirational and uplifting messaging.

Bart Olson, Director of Artists and Repertoire at Shadow Mountain Records, expressed his excitement about the young project’s success.

“This EP is a reflection of the quality of their work which is truly world-class songwriting, production and vocal ability,” he said. “These gents have brought all their talent to this project and the public is responding.”

The trio performed together in a sell out run of  Les Miserables prior to founding GENTRI in June 2014. After building a following from their many live performances, they ofﬁcially united to create a new sound that combines inspirational anthems with a classical underpinning.

“GENTRI” is available for purchase at Deseret Book, Amazon, and Itunes.

Debut music video of “DARE” which has received wide praise and reviews can be seen on GENTRI’s YouTube channel.