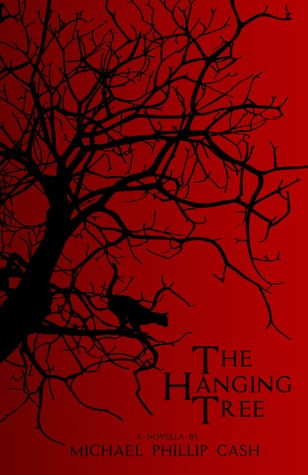 Enter a world where spirits roam the earth in Michael Phillip Cash's haunting new novella, The Hanging Tree. Set amid the eerie backdrop of Long Island, an area famously steeped in old legend, two young would-be lovers contemplate their future while visits from those who have come before them reveal the lure of fate...and the power of free will. At seventeen years old, Arielle's relationship with her parents is slowly deteriorating. Angry and defiant, she is at a loss on how to cope with the tumultuous situation in which she finds herself. Arielle's only comfort is Chad, an eighteen-year-old young man who seems to truly understand her struggles. Arielle and Chad meet beneath the low-hanging branches of what the local community has nick-named the "Hanging Tree". An ancient and majestic landmark, it has long been rumored that the tree is haunted by ghosts. These ghosts span various centuries and vary wildly in age, but each one of them has one thing in common: their deaths are all somehow connected to the tree itself. As Arielle and Chad commiserate over their current situation and their precarious nature of their future, the spectral inhabitants of the Hanging Tree witness their conversation. One by one,the ghosts begin reminiscing about their own lives-and deaths- as they examine the inner demons with which their human forms long struggled. An eerie meditation on the oft-overlooked power of choice, Cash's The Hanging Tree will stay with readers long after they turn out the light.

I think this book was suppose to be scary, but that is not what I got from it.  I found it very entertaining.  I guess I was in the mood for a Ghost story, and this one was short and interesting, but not scary.  The idea of the "Hanging Tree" is creepy, but the book itself was not.

I found it a fun read though.  There were some fun characters introduced, but I think my favorite would have to be Goody Bennett.  She was one of the ghosts that was "trapped" in the hanging tree.  She was out for revenge for things done to her and her family in the past.  I think she was suppose to be creepy but I found her kind of funny.

Arielle and her boyfriend went to the the hanging tree to "hang out".  Arielle's boyfriend thinks that this is the day she is going to give into him.  When Arielle decides she is not ready, Chad's characters changes into a horrible human.  Men!  The ghosts in the tree watch as things unfold between Arielle and Chad, and while doing so each shares their story of death.

I realized why they shared, as the ending came near.  Each death was tragic, and avoidable.  I think in that aspect it was a little sad, but scary. No.

The thought of sitting under a tree haunted with ghosts is creepy, but it never felt like they were there to harm Arielle.

This was an interesting read, but if scary is what the author was going for, it didn't quite do that for me.  I did however really enjoy reading the book.  I liked the characters, and it was just a fun book to sit down with and get through quickly.  Something to take me out of the world for just a minute.

Source:  I was given this book by the author in return for an honest review.  I was not compensated in any way for this review.  These are my own PERSONAL thoughts on the book.

Born and raised on Long Island, Michael has always had a fascination with horror writing and found footage films. He wanted to incorporate both with his debut novel, Brood X. Earning a degree in English and an MBA, he has worked various jobs before settling into being a full-time author. He currently resides on Long Island with his wife and children.