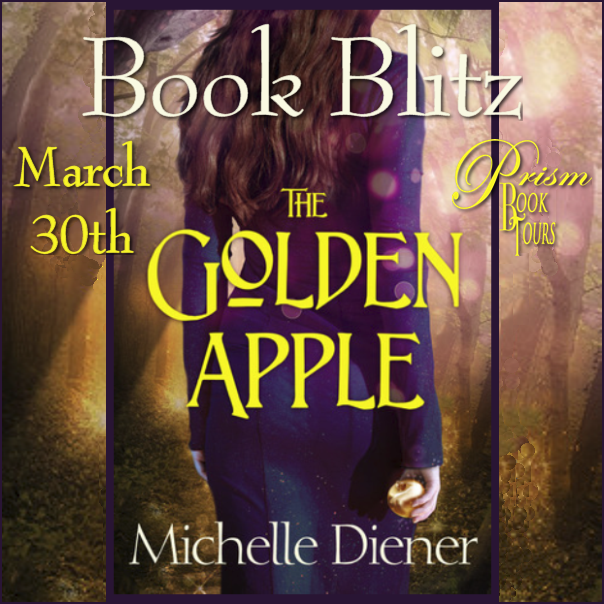 We're celebrating the release of Michelle Diener's second fairy tale retelling:
The Golden Apple
An Adult Fantasy Romance based loosely on the Princess on the Glass Hill 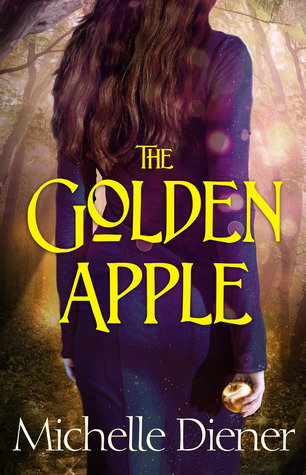 Kayla's world has been turned upside-down...

Her father has made her the prize in a deadly, impossible tournament, and Kayla has retaliated in the only way she knows how; by choosing her champion beforehand. But taking control of the outcome changes the game completely, and when the real reason behind the strange test becomes apparent, Kayla realizes not just her life, but her entire kingdom is at stake.

Rane's honor is torn in two...

In order to save his brother, Rane will do whatever he has to--including deceive and betray a princess. He knew nothing about this tournament would be easy, but when it turns into a deeper, far more sinister game, Rane is forced to see it through to the end, or leave his brother at the mercy of their enemy.

Now their fates are entwined, and they must venture into the deep, dark forest together...

Kayla and Rane are bound to one another by an enchantment and Kayla's actions. But the sorcerer forcing them to do his will may have miscalculated, because no-one comes out of the Great Forest unchanged. No-one.

The inspiration for The Golden Apple

The Golden Apple is loosely based on the Norwegian fairy tale The Princess on the Glass Hill. The original tale is more about the hero than the heroine, and it is a very straightforward quest story, with the hero becoming more and more accomplished, until at last he succeeds against the odds. But there were a few things in this fairy tale that stood out for me and made me take notice. The first is the very unusual situation of the king holding a contest for his daughter’s hand by putting her on top of a glass hill with a golden apple in her lap. Knights from all over are invited to race a horse up the smooth glass sides of the mountain and the one who can pluck the golden apple from the princess's lap wins her hand and is heir to the kingdom. As usual in fairy tales, there is no explanation as to how the king came by a glass mountain, but I wondered where he got it, and that sparked the starting point of the story. It is really the inciting incident that starts the story off, rather than the focus of the story, as it was in the fairy tale.

Secondly, the crux of the tale, for me, is that the hero cannot win the princess's hand without help from the princess herself. That part of the original tale is one or two lines long, but for me, it's fascinating. The feminine power determining and choosing which masculine power will prevail. This really made me interested, because the princess doesn't just sit there and take whoever it is manages to accomplish the (impossible) task set by her father, but actively chooses who it is she wants to win and helps them. I wanted to write a story about the consequences of her taking that power and using it and The Golden Apple was the result -- far, far more heroine-centric than the original, and I really had fun with it.
- Michelle Diener


LAST CALL FOR REVIEWERS!
Are you interested in fantasy romance?
Do you love fairy tale retellings?
Have you read Michelle Diener and enjoyed her work in the past?


If you answered yes to any of the above questions, you can request a review copy of The Golden Apple! The Golden Apple is up for review by invitation only on NetGalley. Reviewers with book review sites can apply for a limited number of pre-approved copies. Book reviewers who post their review on their review site, Amazon, and Goodreads can enter a Rafflecopter draw to win one of ten copies of any Michelle Diener book of their choice, or a $10 Amazon gift card. (Instructions in sign-up form.)

Michelle Diener writes historical fiction. Her Susanna Horenbout & John Parker series, set in the court of Henry VIII, includes In a Treacherous Court, Keeper of the King's Secrets and In Defense of the Queen.

Michelle's first fantasy novel, Mistress of the Wind, is set for a December 23, 2013, release.

Michelle was born in London, grew up in South Africa and currently lives in Australia with her husband and two children.

1 - Enter to WIN one of ten ebooks of The Golden Apple.
- March 30 - April 7.
See Rafflecopter for restrictions.

Request an early review copy using the form. Instructions on entering the second giveaway are included!