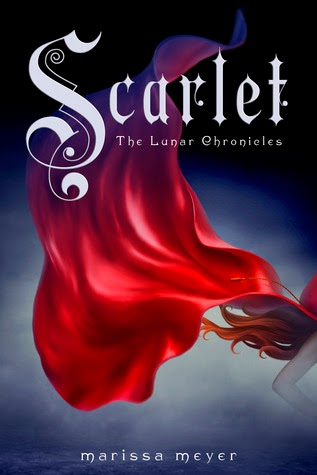 Picture and Description taken from GoodReads

The fates of Cinder and Scarlet collide as a Lunar threat spreads across the Earth...
Cinder, the cyborg mechanic, returns in the second thrilling installment of the bestselling Lunar Chronicles. She's trying to break out of prison—even though if she succeeds, she'll be the Commonwealth's most wanted fugitive.
Halfway around the world, Scarlet Benoit's grandmother is missing. It turns out there are many things Scarlet doesn't know about her grandmother or the grave danger she has lived in her whole life. When Scarlet encounters Wolf, a street fighter who may have information as to her grandmother's whereabouts, she is loath to trust this stranger, but is inexplicably drawn to him, and he to her. As Scarlet and Wolf unravel one mystery, they encounter another when they meet Cinder. Now, all of them must stay one step ahead of the vicious Lunar Queen Levana, who will do anything for the handsome Prince Kai to become her husband, her king, her prisoner.

I listened to this book on audio book and loved it.  The narrator was awesome.  I always have a "real" book going, an audio book going, and an e-book going.  My audio books help me get through the horrible household chores :).  Again, I have to give a HUGE shout out to Tressa @ Tressa's Wishful Endings for introducing me to this AWESOME series.  This book was even better than the first one.  I just loved it.

We meet Scarlet and Wolf who are such great characters. Cinder meets Thorne as she tries to escape from prison and they become quite the duo.  Their relationship cracked me up so many times.  They were so sarcastic, I loved it.

I love a good re-telling of stories and this combines Cinderella and Little Red Riding Hood...it's awesome.

I am still trying to decide if I even like Prince Kai.  I know most people probably like him, but I am still on the fence.  He is between a rock and a hard place, but in my head if you "like" someone you do everything you can to keep a hold of them.  Fight for them.  He doesn't seem to be doing that.  He is a great guy, I can tell.  He wants the best for his people, but I also thinks he lets too many other people influence what and how he feels.  I don't like that about him.  I am hoping in the third installment he kicks it up and stands up for Cinder, and his people.

Cinder and Scarlet are by far my favorite characters.  They are both amazing, strong women, and I like that about them.  Scarlet is willing to do anything to find her grandmother.  When she met Wolf I was so happy.  I totally was NOT expecting him to be what he was.  That was kind of awesome.  I love that you could tell there was a connection between Wolf and Scarlet right from the very beginning.

Eiko in this book is the ships system, and I still love her.  Her personality is fantastic.  I still loathe Queen Levana.  She is still a retched person.  Which I believe is what the author is going for, so great job.

I cannot wait for the third book!  CANNOT WAIT!  These books are so fantastic.  They are fun, exciting, and just plain FABULOUS!  I LOVE this series.

Source:  I purchased this book through Itunes.  I am not affiliated with Itunes in anyway, and was not compensated for this review.  These are my own PERSONAL thoughts on the book. 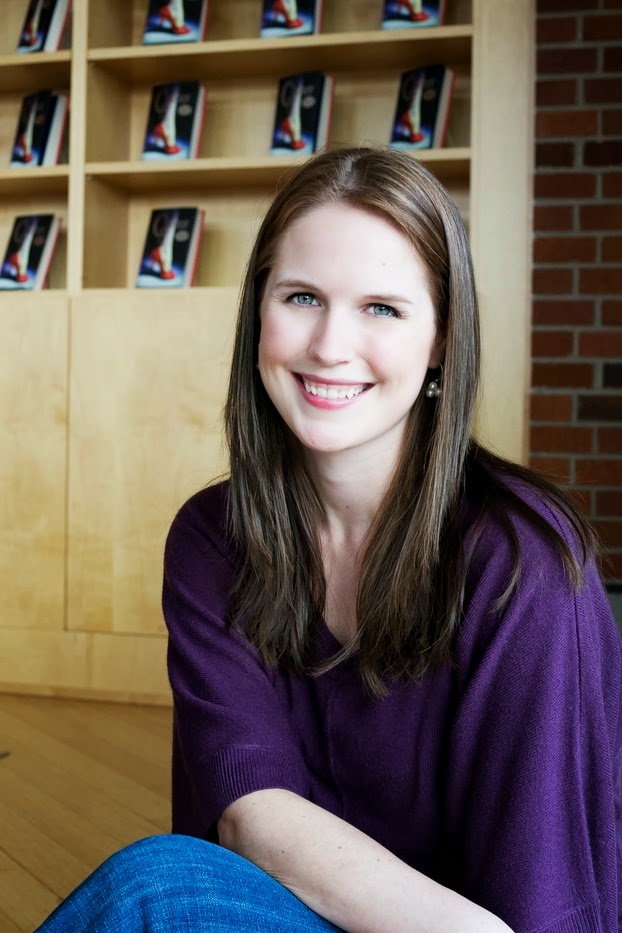 Picture and Bio from GoodReads

I live in Tacoma, Washington, with my fiancé and our two cats. In addition to my slight obsession with books and writing, I'm big on road-tripping, wine-tasting, and hunting for antiques. I'm represented by Jill Grinberg.

CINDER, my debut novel, is a futuristic re-envisioning of Cinderella in which Cinder is a cyborg mechanic.