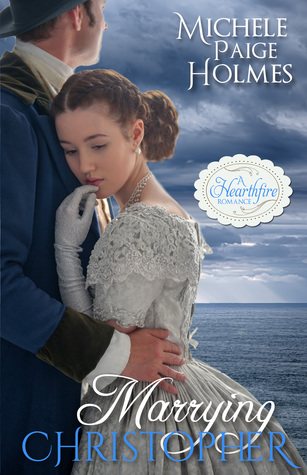 Having seen both his sisters Grace and Helen happily married, Christopher Thatcher is free to pursue his dream of life in America. With adventure in his heart and mind, he boards one of the first steamships set to cross the Atlantic in the record breaking time of only twenty-five days. Within the first two of those, his resolve—to avoid women and the complications they often bring to a man’s life—falters when he meets Marsali Abbott, a young woman with a past even more troubling than his own. Whether from years of habit protecting his sisters, or simply because he feels drawn to Marsali, Christopher chooses to help her and becomes her friend. As the truth about what awaits Marsali in America becomes evident, he is faced with a more difficult choice, one that will impact their lives far beyond four weeks together at sea.

I really enjoyed this book.   Of course it was so frustrating at times.  I wanted to scream, throw my book, and slam things around at times....hehe.  I cannot tell you how much I love it when a book brings that much emotion out of me.

Christopher - I have read about some really swoon worthy men lately and, Christopher is definitely swoon worthy.  Besides being handsome and wonderful, he treats his sisters like queens.  A man who treats a woman as well as Christopher does is more of a catch than some super male model!!!!

Marsali - is what I would call Cinderella.  Her life super sucked, until she finds the right man.  She's beautiful, kind, caring, and compassionate.  She's just such a wonderful young woman.  Love her.  The two MC's are so fantastic.

After Christopher sees that his sisters are married and taken care of he decided to board a boat to America.  He thinks that there will be more opportunity for him in America and he is looking forward to having time to himself and had no plan to get all giddy about a girl like his brothers-in-laws did.

Christopher boards the ship early.   He has dinner with the Captain and the other few crew man that are on the ship.  The ship was taking it's maiden voyage to America and the Captain wasn't able to get many people to buy the tickets.  It's a ship all it's own.  A steam ship that goes faster than any ship on the ocean.  Or so he says...

When the Dr. comes to clear the ship for it's voyage they realize they are still waiting on one passenger.  The Dr. tells him he will give them until the next day if the passenger isn't there they either leave without her, or stay in port.

The Captain get anxious as they wait for the passenger.  The only reason the ship is even able to take this maiden voyage is because of this woman and the man she has to work for in America.

Soon an old woman starts to shuffle up the walk to the ship.  They tell her she cannot board the ship.  When they realize it's their missing passenger Marsali they are both surprised and excited that they will be able to make their way across the Atlantic.

The story just blooms and blooms from that point on.  Marsali has had a rough life.  She is so happy to be away from her horrible Aunt and her family.  She thinks that her life is going to be so much better in America.  Upon arriving on the ship she gets a letter from her Sister in America telling her to not make the voyage.  The man she is indentured to is suppose to be a horrible man.

The trip that was suppose to be care free and wonderful for Christopher and Marsali turns out very differently.

There are so many great characters in this book.  The MC's are fantastic, but all the secondary characters are fabulous as well.  I loved reading this book.

This love story is so fantastic.  There is so much that happens on their journey to America.  It made me want to cry, scream, and throw my book.  Thank heaven's I was reading on my Kindle!  If it would have been a real book it would have been across the room several times. :).

So many things happened that threw me for a loop, that it made the story that much more fantastic.  Yes.  With all the screaming, and gnashing of teeth going on this was a, grab a cup of cocoa (okay let's be real it's like  a BILLION degrees in AZ so more like a cup of diet dr. pepper), stress ball reliever, tissue grabbing, love story.

Content:  I don't think there was any thing more than kissing, so very clean!  YAY!

Source:  I was given this book as part of a tour in return for an honest review.  I was not compensated in any way for this review.  These are my own PERSONAL thoughts on the book. 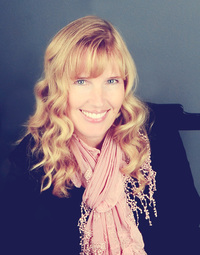 Michele Paige Holmes spent her childhood and youth in Arizona and northern California, often curled up with a good book instead of out enjoying the sunshine. She graduated from Brigham Young University with a degree in Elementary Education, and found it an excellent major in which to indulge her love of children’s literature.
Her first novel, Counting Stars (Covenant Communications 2007), won the 2007 Whitney Award for best romance. Her companion novel, a romantic suspense titled, All the Stars in Heaven (Covenant 2009), was a Whitney finalist, as was her first historical romance, Captive Heart (Covenant 2011). My Lucky Stars (Covenant 2012) completed the Stars series.
After having a novella published in A Timeless Romance Anthology European Collection (Mirror Press, 2013), Michele decided to focus on historical romance and began Hearthfire Historicals, with the debut novel Saving Grace. A companion novella, Loving Helen will be released February 2015.
Michele has been a member of the same critique group for over fourteen years and feels privileged to meet with fellow authors Annette Lyon, Heather B. Moore, LuAnn Staheli, Sarah M. Eden, J. Scott Savage, and Robison Wells. She has been a member of RWA and URWA, LDStorymakers, and The League of Utah Writers. Michele enjoys both attending and teaching at conferences.
When not reading or writing romance, Michele is busy with her full time job as a wife and mother. She and her husband live in Utah with their five high maintenance children and a Shitzu that resembles a teddy bear, in a house with a wonderful view of the mountains. You can find Michele on the web at michelepaigeholmes.com and on Facebook and twitter .