BOOK TOUR / REVIEW - FOR THE CALL OF AGON - BY DEAN F. WILSON 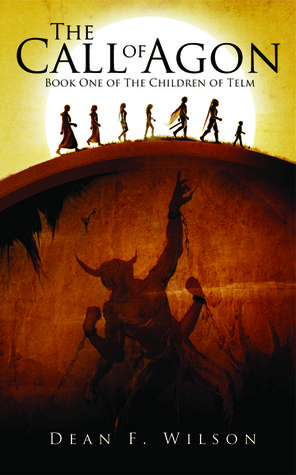 THE LAST LINE. THE LAST WORDS. THE LAST CHANCE. Ifferon is one of the last in the bloodline of the dead god Telm, who mated with mortal women, and who imprisoned the Beast Agon in the Underworld. Armed with a connection to the estranged gods in the Overworld and a scroll bearing Telm's powerful dying words, he is tasked with ensuring the god's vital legacy: that Agon remain vanquished. Fear forces Ifferon to abandon his duty, but terror restores his quest when the forces of Agon find his hideaway in an isolated coastal monastery. Weighed down by the worries of the world, but lifted up by the companions he encounters along the way, Ifferon embarks on a journey that encompasses the struggles of many peoples, the siege of many lands, and discoveries that could bring hope to some—or doom to all.

This was an exciting book to read.  The writing is beautiful.  I mean there are some descriptions I had to read over and over, just because they were put so beautifully.

Ifferon had decided to take refuge in a monastery.  When he is intruded upon by a young boy pretending to be a cleric, his world is turned upside down.  Ifferon is called into a meeting, and while in the meeting they are attacked.

The monestary falls to ruin and only Ifferon and Yavun, are spared at the hands of Herr'Don.  Herr'Don is determined to take Ifferon to safety.

There are battles on their journey, not only with others but between themselves.  Everyone seems to know how to get where they are going and what needs to be done to get there.

The closer you get to the end of this book the more exciting it gets.  There is no time to breathe :).  It's battle after battle, and its so exciting to read.

Then end....ugh the end.....I will definitely be picking up book two!  This book doesn't really end.  It draws you in, gets you invested, and then it ends.....Ugh.  I am sure that is the authors plan though :).  Draw you in so you have to read more.   I am anxious to read how this story continues!!!!

Source:  I was given this book as part of a tour in return for an honest review.  I was not compensated in any way for this review.  These are my own PERSONAL thoughts on the book. 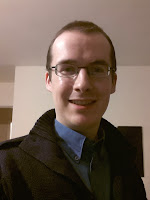 Dean F. Wilson was born in Dublin, Ireland in 1987. He started writing at age 11, when he began his first (unpublished) novel, entitled The Power Source. He won a TAP Educational Award from Trinity College Dublin for an early draft of The Call of Agon (then called Protos Mythos) in 2001.His epic fantasy trilogy, The Children of Telm, was released between 2013 and 2014.

Dean also works as a journalist, primarily in the field of technology. He has written for TechEye, Thinq, V3, VR-Zone, ITProPortal, TechRadar Pro, and The Inquirer.