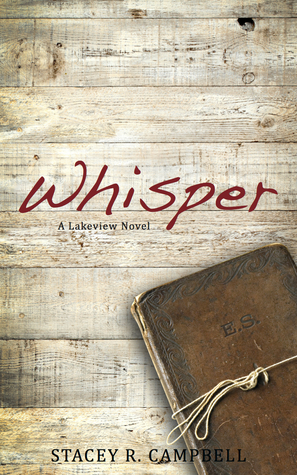 It's Halle Henry’s first year at Lakeview Academy . . .
On a snowy January night, just days after a fire that nearly destroyed the school’s library, Elsie Stewart, daughter of the headmaster and founder of Lakeview Academy, dies slipping beneath the ice of frozen Clearwater Lake. Unable to right the wrongs she committed before her tragic death, Elsie’s spirit walks the halls of her father’s school, waiting for someone who can.
One hundred years later, while joining her sister’s friend Leigh to help clean out the school’s administration building before the big remodel, Halle stumbles upon Elsie’s hidden journal.
Obsessed with what she finds, Halle searches the school for clues that may lead to solving a century-old mystery. The only problem is that Halle also talks Calum Stewart, Leigh’s worst nightmare, into helping them.
Once Leigh and Calum are forced work together, sparks fly and no one around them, alive or dead, is left unaffected.

I had just finished the first book to this the other day, and couldn't wait to start on this one.  This time we get to follow Halle, Blakely's younger sister as she starts at Lakeview Academy.

This book surprised me.  The last one was about a lost princess, and uncovering where she came from, this one follows the story of a girl named Elsie that use to live at the academy when it first started.  She died when she was young and has haunted the halls of Lakeview since.  When Halle finds Elsie's journal things get a little strange.

While the group of students is clearing out a building for remodel Halle finds the journal, but when she starts seeing things and feeling things it gets a little weird.  I have to admit this book was a little creepy.  AND, I loved it!!!  I love scary.  I don't think it was super scary, but it has it's creepy moments.  It was fantastic.

Halle begins to read Elsie's journal and comes to find out what really happened all those years ago when a fire engulfed the Library.  Halle begins to see things, and feel things that make her think Elsie is trying to tell her something.  This leads Halle, and her friends Leigh, Christi, David, Calum (and eventually Griffen) on a quest to find what Elsie so desperately wants them to find.

There are a few times in this book that I got goose bumps, and a little scared because I usually read late at night with the lights off.  It was so much fun to read though!  It kept me on my toes.  Then on top of the mystery, there is a love story to boot.  This love story is hilarious and frustrating all at the same time.  Leigh and Calum act as though they hate each other, and their banter back and forth is actually quite comical.  They are so snarky with each other, which of course just reaffirms the fact that they have conflicting feelings towards each other.  It is fun to see how things work out.

I don't want to say anything to ruin the book, but I enjoyed it from the beginning to the end.  It was exciting, creepy, funny, and nail biting for me at times.  It's a great series.

Now, again on a personal note.  This is the same author I wrote about earlier that has Dyslexia.  While I am reading this story all I can think to myself is how amazed I am at her ability to write such a great book.  My son has Dyslexia, and I know for a fact how hard it is for this little man of mine to write his thoughts down on paper, and even harder for him to read them out loud.  Yet, I read this book, and it is written so well.  I am so thankful for authors, actors, anyone out there that shares their struggle with Dyslexia.  I love to be able to show my son that anything is possible.  I can honestly say I will read anything this author comes out with, just for that reason.  BUT, on top of it she is an amazing author, so why wouldn't I want to read her fabulous books :).

If you like mystery, chills, and love, this is a great book to pick up!

content:  there is mild swearing and the "f" word is used a few times, but not excessively!

Source:  I got this book from Netgalley in return for an honest review.  I was not compensated in anyway for this review, and these are my own PERSONAL thoughts on the book.

About the Fabulous Author: 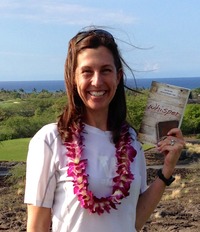 Stacey R. Campbell lives in the Pacific North West with her husband, three daughters, three dogs, and a pet turtle named Todd. She is a graduate of the University of Washington. At an early age she was told that she would never be the writer because of her dyslexia, but finally found that she could not look her children in the eyes and tell them that they could be what ever they wanted if she did not do the same. Now Stacey can't stop writing and loves to help children pursue their own dreams. Hush is the first book in the Lakeview Novel series. Look for book two, Whisper, 3/15/2014