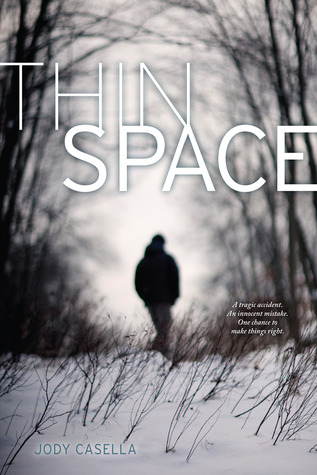 Pic and Description taken from GoodReads

Description:
Ever since the car accident that killed his twin brother, Marshall Windsor has been consumed with guilt and crippled by secrets of that fateful night. He has only one chance to make amends, to right his wrongs and set things right. He must find a Thin Space—a mythical point where the barrier between this world and the next is thin enough for a person to step through to the other side.
But, when a new girl moves into the house next door, the same house Marsh is sure holds a thin space, she may be the key—or the unraveling of all his secrets.
As they get closer to finding a thin space—and closer to each other—Marsh must decide once and for all how far he’s willing to go to right the wrongs of the living…and the dead.

First off let me explain the "Random Read".  I follow this blog called Feed Your Fiction Addiction which led me to this:

So "I'm Loving Books" hosts this, but I found it through "Feed Your Fiction Addiction".  I don't think I am "officially" signed up for it, but it sounded fun, and I have sooooo many books on my TBR list I figured it couldn't hurt.

What you do is go to Random.org and put how ever many books you have on your Goodreads list in, and let it pick a number for you.  That is your "random read" for the month.  I wish I would have had time to do more, but this month was a little wacko.

My book was number 75 on my TBR list and obviously it's called THIN SPACE.

I don't even know where to start with this one.  I have to admit it kind of was slow at the beginning, but still interesting, so I kept with it.  But, man oh man, I was NOT expecting what happen to happen.  So it ended up being a great book.  Although I am wondering if there is going to be more.  There just has to be.  It cannot end like it did.  Okay, it CAN, (obviously), but I hope that there will be more.

Marsh is obsessed with finding a "Thin Space" that his neighbor had told him about.  A thin space is when a soul enters the world and leaves the world in the same place.  It allows you to enter the "space" between here and the after life.  Marsh's neighbor tells him she will open a "thin space" for him while she is laying on her death bed.  It is an interesting concept.

Marsh, is one messed up dude.  I don't blame him for one minute though.  He is a twin and one night they were out, and got in an accident.  His twin didn't make it.  Marsh was devastated, and it sent him into a spiral of depression.

Then comes Maddie.  She moved into the house of the neighbor who was suppose to open a so called "thin space" for him so he could visit his brother.  Maddie turns out to be his lifesaver.

This book is so interesting.  Could you imagine being able to travel between here and the after life?  I don't know if I would. Marsh and Maddie are both damaged people and come to depend and trust each other.  It is such a sweet friendship.

I cannot imagine what it would be like to feel responsible for your brother/sisters (any one for that matter) death.  I think it would mess with my head also.  There is a MAJOR plot twist and when I read it I was like "MIND. BLOWN."  My daughter was sitting on the couch watching a movie and I just piped up "WHAT".

Oh, I cannot even tell you how much I love it when a book does that to me.  I was NOT expecting that to happen, and my mind is still spinning a little trying to figure out if there were any signs.  There probably were, but I am a little slow to catch on to clues usually any way...hehe.

I don't even know how long this book has been on my TBR list, but it's been a while.  I probably would have stumbled upon it sooner or later, since I plan on reading every book on my list...(insert a roll of my eyes here, because really, is it even possible?)....hehe

There is a struggle in this book for Marsh that I cannot even comprehend.  When he finally meets someone who sees him as "him" and not his twin, his life begins to change.  I have always wanted to be a twin.  No, really.  BUT, I think I can honestly say after reading this book, I am glad that I am not.  I know that the twins I do know really do have a different connection to each other than "normal" siblings.  I cannot imagine losing half of myself.  That is what it feel like in this book.  My heart aches the whole time as I read the struggle that Marsh goes through.  It's heart breaking.

There are some other great characters in this book as well, but for me Maddie and Marsh are all who really matter :).

I don't even know what to say about the book because I am sure I will accidentally spill something if I haven't already.  It was just a great read.  I am glad I decided to let random.org pick a book for me.

Next Months Random Read is #68 (because my previous choice isn't available (lame) - and it's called ERASING TIME (I have been dying to read this series).  It has been on my TBR Shelf since October 15, 2013.  Lets see if I can get it done before May 31st.

Source:  I bought this book for myself from Amazon.  I am not affiliated with Amazon, and was not compensated for my review.  These are my own PERSONAL thoughts on the book.

Where To Buy:
Amazon * Barnes & Noble 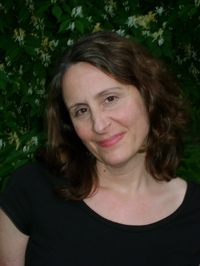 Jody Casella is a former high school English teacher with a degree in Creative Writing from Rhodes College and a Masters in English from the University of Memphis. Her first novel Thin Space, a paranormal YA mystery published by Beyond Words/Simon & Schuster, received a starred review from Kirkus. She lives with her husband and two teenagers in Columbus, Ohio.