On Tour with Prism Book Tours


What would you do if you held
infinite power in the palm of your hand?

Order of the Seers

...begins with the journey of Liam and Lilith Knight, a brother and sister who are hunted by The Guild, a ruthless world organization that seeks to capture and exploit Lilith s unique ability as a Seer to envision the future. Soon after they are forced to leave their home, Lilith and Liam discover that she is not alone. Other Seers like Lilith are routinely kidnapped and enslaved by the Guild for the purpose of consolidating wealth and power around the world... see more on Goodreads


Read Chapter 1 of Order of the Seers HERE.

The Lost Seers embark upon a world-wide mission to save their kind from the tyranny of the Guild and unveil their greatest weapon -  Developed in secret, The Restoration Project has the potential to awaken the supernatural ability within every man, woman, and child on earth and bring down the very foundation of the Guild’s power and authority.
But the Guild has other plans. Driven by the necessity for control, Crane Le Dieu creates The Red Order... see more on Goodreads.

My Review / Thoughts for Order of the Seers:

Lets start with what I like about this book.  First and foremost it grabbed me from the very beginning.  The opening of this book is intense.

Liam and his younger sister Lilli find themselves orphaned and on the run.  Lilli is a "seer" meaning she can see the future.  The Guild doesn't want the world to know about seers so they have set out to find and eliminate them.

Liam and Lilli are having to constantly move around, and finally find a community where they can stop running for a while.  This is when the book gets really great for me.  It's so exciting.  New people come into play and new "powers" are discovered.  While hiding and trying to save those who are like her, Lilli comes to learn just how powerful a seer she might become.

CONTENT:  Now, to what I DID NOT like...I have to be honest, I really, really enjoyed this book, but it is a hard one for me to review.  I couldn't put it down, but there are some things about it that I wish were not there. There are too many f-bombs dropped, which is a personal pet peeve of mine, but even more is there is a very descriptive sex scene in the book.  Just beware when you are reading, if these things bother you.  This totally would have been a 5 for me if there hadn't been so much language. 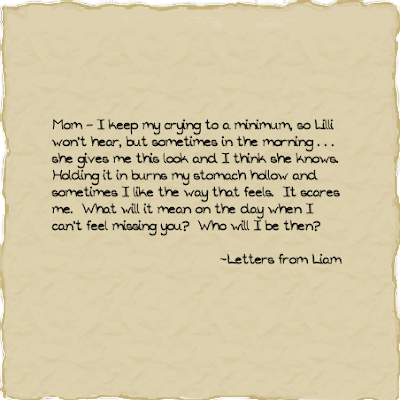 My Review / Thoughts for THE RED ORDER:

This book is so intense.  I really enjoyed how everyone in the book seems to  be so much more evolved than the last book.  I love Lilli and Joel and the relationship that they have.  It's a beautiful thing.  The author did a great job of helping me feel the connection those two had.

We meet Crane Le Dieu in this book, and right from the beginning he was someone I didn't like.  He isn't even a character I love to hate...I just didn't like him at all.  Which to me means the author did a good job of writing him in as a bad guy!

Joel and Liam are my favorite characters by far.  They are such great men, who would do anything for those that the love.  Their unwavering loyalty to their "family" is so touching.  It seems as though because they are so fiercely loyal it is they who have to face the hardest times in the book.  The fact that they face those times, and only come out stronger makes me love them even more.  This book brought each of the characters to life for me, even more than the first book.  Especially Joel and Liam.  I just love them.

The Seers are in a constant struggle to stay safe, and to show the world who they really are.  The Seers are faced with a new creature in this book, that goes beyond human.  The constant battle they have to go through to be safe and to keep those they love safe is so exhausting, and fabulous.  This book kept me on the edge of my seat the whole time.

My ONLY complaint about this book is the stupid F-word used so many times.  It's just so unnecessary.  Again this totally would have been a 5 for me if it wasn't for the f-bomb so often.  Although it is MUCH less in this book than the first, and there are not any sex scenes in this book as descriptive as the first book.  It is done so much better in this book.

Cerece Rennie Murphy lives and writes just outside of her hometown of Washington, DC. In addition to completing the Order of the Seers trilogy, Ms. Murphy is also developing a children’s book series titled Enchanted: 5 Tales of Magic in the Everyday, and a 2-part science fiction series set in outer space.

Grande Prize - Signed print copies of both books with an Order of the Seers reusable bag, bookmarks and signed poster.

1 Large Order of the Seers t-shirt - black with the anniversary poster image on it.

1 Order of the Seers Audiobook.

1 free ebook of Order of the Seers to giveaway at each blog post.

The Ominous Tour
We asked the hosts:
If you had a super-power, what would it be?

December Dates
4 - Launch
5 - My Love For Reading Keeps Growing
Read peoples minds
7 - All That's Written
to know when people are liars
9 - Kelly P's Blog
super-fast healing! ;-)
10 - Cu's Ebook Giveaways
shape shifting >^.^<
11 - The Wonderings of One Person
reading minds
13 - The Real Deal
see into the future
15 - Nocturnal Predator Reviews
If I could have any super power I'd pick Mind Reading
because I would love to know what everyone really thinks about me C:
16 - Life As Leels
To know when someone is lying!
17 - Painted Words
Hmmm stopping time? I'm not sure lol
19 - Literary Time Out
something that would get dinner on the table automatically, but I'm not sure what kind of power that would be :)
20 - AUDIOBOOK of Order of the Seers RELEASED!
22 - Colorimetry
I want to fly!
24 - Dalene's Book Reviews
The ability to be in two places at once or to jump places
25 - Merry Christmas Grand Finale!